Why Brickell Is Miami's Fastest-Growing Neighborhood 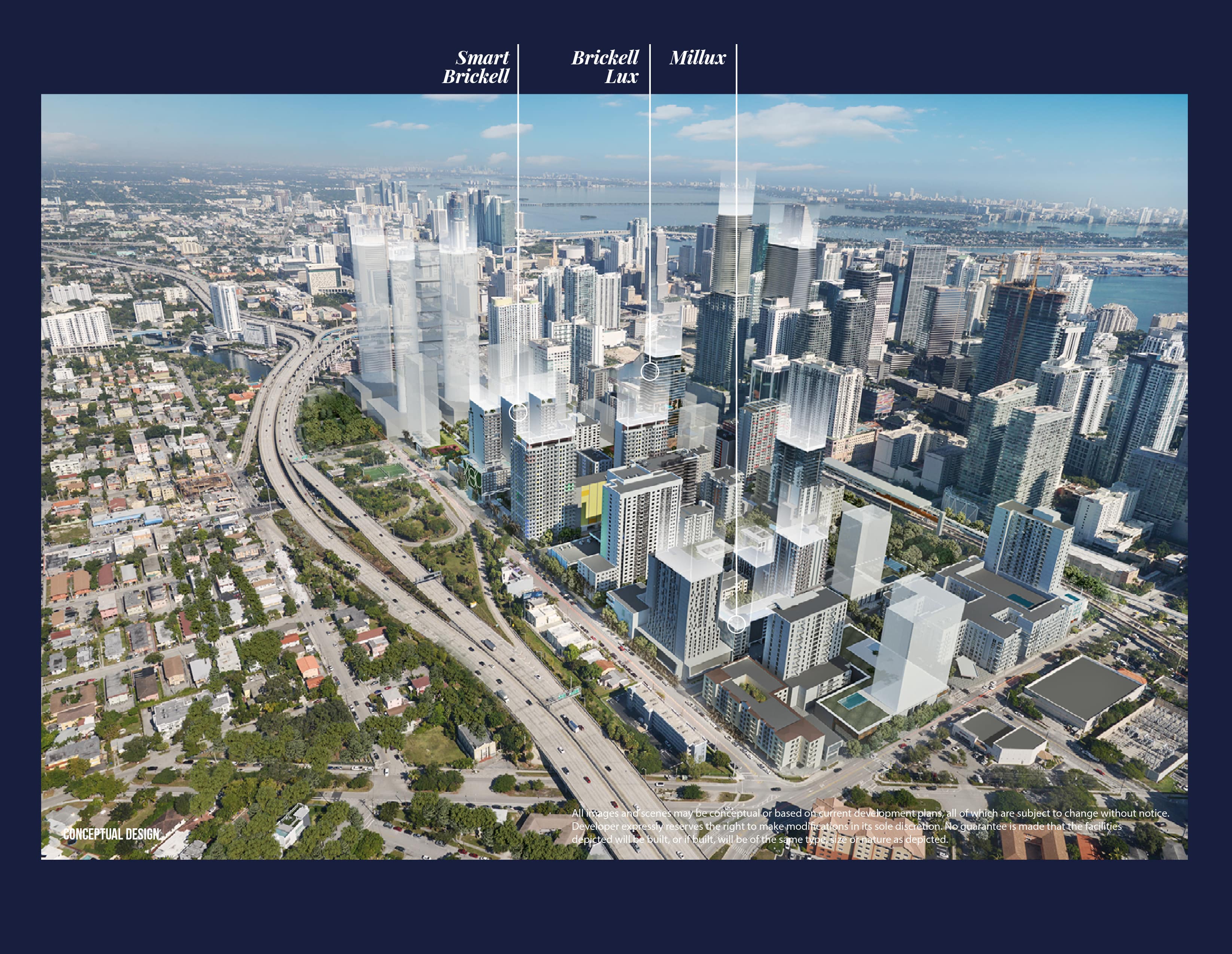 In the middle of one of the world's fastest-growing, most dynamic urban meccas exists one of the country's most swiftly emerging neighborhoods. The city is Miami, and the neighborhood Brickell, a thriving district located in the city's core, between Coral Gables and Miami Beach.

Even if you've never lived in or near Miami, you are likely familiar with the community of Brickell. It is so sizable that 45% of greater Downtown Miami's population resides there, and it is such a tourism and business magnet that more than 15 million visitors go to Brickell every year. Not surprisingly, the last several years have seen the enclave welcome enormous amounts of development, including one now serving as home to a veritable United Nations of residents, Brickell City Centre.

It is also home to the largest concentration of international banks in the United States and is the second-largest financial hub outside of New York City's financial district. Renowned as one of the hottest retail real estate markets in the United States, it is benefitting from the influx of newcomers to the SunshineState, estimated by some to be 900 a day.

Of that total, a quarter are choosing Miami-Dade County as their new home, making the area a destination not only for travelers but for full-time and part-time residents. The district has a total population of 463,347 and is attracting a younger demographic of professionals between the ages of 25and 44, with most out-of-staters from New York and Canada.

In fact, Brickell has grown so fast that developers are now exploring West Brickell, an area that has become a focus of development and an emerging neighborhood of Miami's metro area. As an extension of the more established Brickell, it offers the same unmatched access to the Magic City, as well as restaurants, retailing, entertainment and transportation options.

Inspired by Habitat Group's Smart Living philosophy and breaking ground today, Smart Brickell was created to synthesize flexible usage, the latest design thinking and up-to-the-minute technological advances. Three towers will comprise the mixed-use development. Tower 1 is to be a residential condominium tower with 100 residences, while Tower 2 is slated as a 100-room hotel and condominium structure. Tower 3 will feature 97 residential units and in addition incorporate 12,000 square feet of commercial space devoted to shopping, a restaurant and a cafe.

Other notable projects include Chetrit River Walk, a mixed-use development that will blend condominium, hotel and commercial space.

Also well worth mention is The Gallery at West Brickell. Upon completion, this condo residence will feature 287 units. The development will also provide affordable housing, workforce housing and a Miami-Dade School Board-approved school.

In all, West Brickell will serve the hospitality industry with more than 1,450 units, about 3,120condominiums and 390,000 commercial spaces coming to the area by 2025.

Put it all together and it is little wonder many visitors and permanent newcomers to Miami are by passing the trendier-than-thou destination of South Beach, and eagerly gaining a toehold in Brickell.