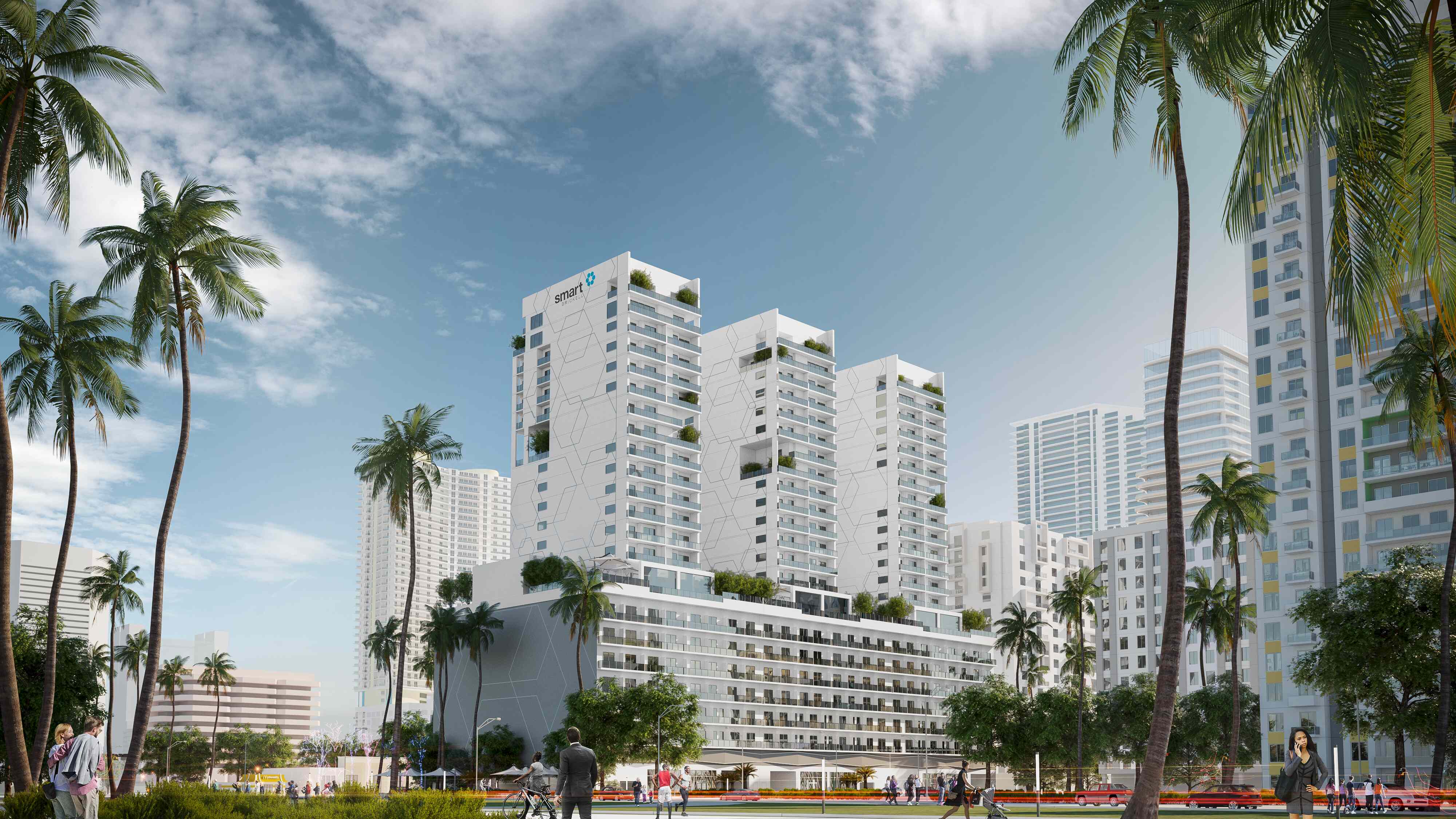 Karen Elmirof Cervera Real Estate said her group is the exclusive broker of the $120million project, which launched sales in the summer.

It would be located on a 1.23-acre site that HabitatDevelopment bought for $21.6 million in 2016, with Elmir as the broker. Theaddresses include 229, 239 and 243 S.W. 9th Street. The site is a few blocksfrom the Brickell Metrorail Station and about three blocks west of bothBrickell City Centre and Mary Brickell Village.

Smart Brickell would have 170 condos, 150 hotel rooms and30,000 square feet of retail space, including a spa and restaurant inside thehotel. The hotel rooms would be in the pedestal while the condos would be inthe three towers.

The developer said the building would have “integratedtechnology and amenities.”

“Karen Elmir’svast knowledge of the Miami market and strong relationships with key players inthe national and international market will be a huge factor in selling SmartBrickell,” said SantiagoVenegas, principal of Habitat Development.

New condo sales have been slow in Miami for over a year asforeign investors lost buying power due to the strong U.S. dollar.

Habitat Development said it has already pre-sold 35 percentof the first tower at Smart Brickell and it expects to launch sales of thesecond tower in the first quarter of 2018. It plans to complete the project inearly 2020.

The developer said it would not use the standard 50 percentdeposit model for condo sales, but it didn’t provide details on its depositstructure.

Habitat Development said it would manage the new hotel.