Smart Brickell has reached the eighth floor of construction 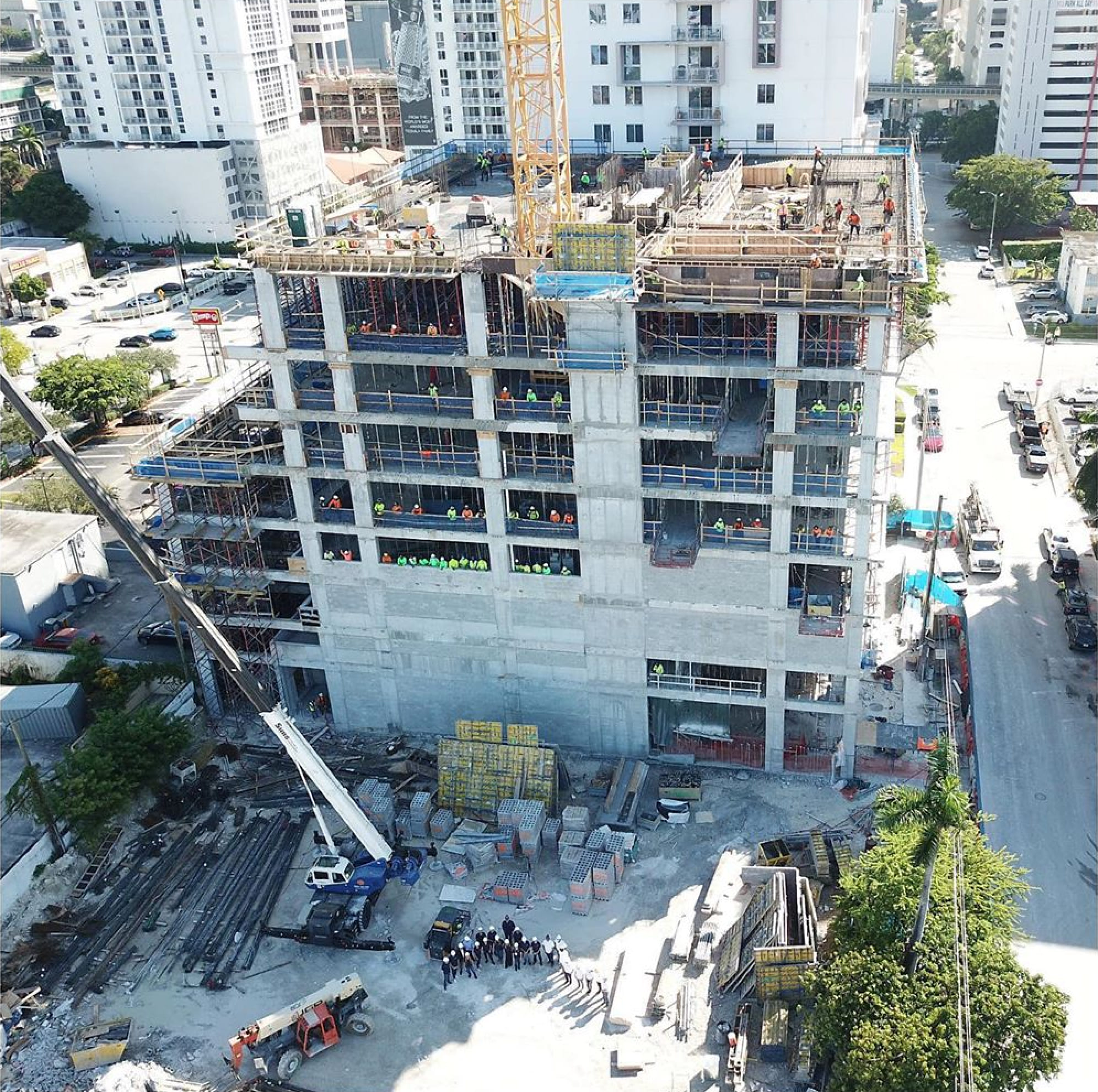 The 25-story Smart Brickell is making good construction progress, new photos show. The project will include three towers at the same height. Only the first tower is now rising. Photos released by developer Habitat Group on October 9 show that the first tower had reached the eighth floor. A foundation pour for the tower took place in March. The first tower will include 50 hotel rooms and 50 condos. It is being funded by a $24 million loan from ocean bank.

At the ground floor, the project will have 12,000 square feet of commercial set aside for retail, cafe or restaurant. Habitat is the developer. Beauchamp is the construction contractor.