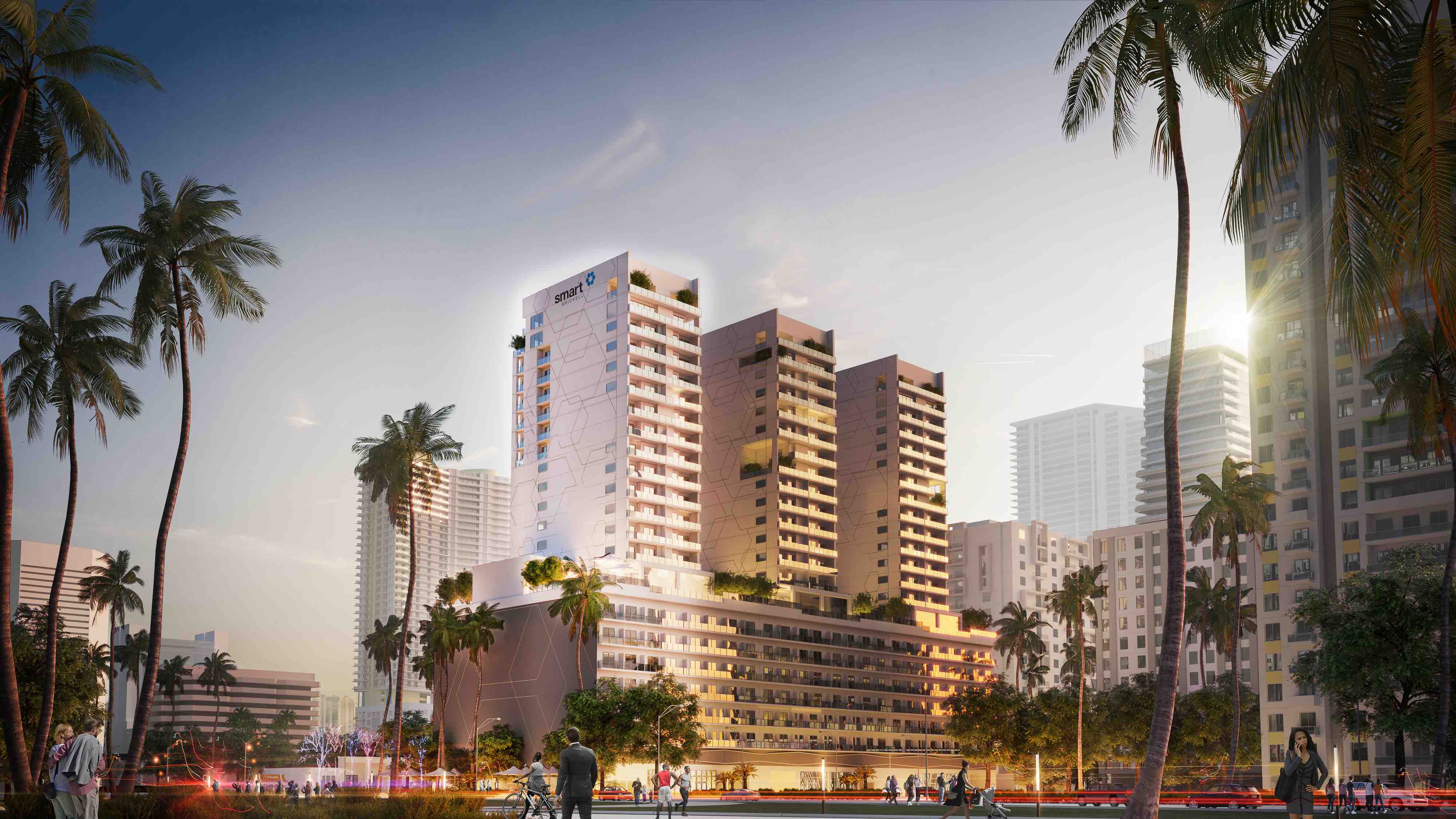 Habitat Group made its final changes to the third tower of Smart Brickell as it launched sales for the final phase of the Miami project.

The Miami-based developer sold out the first two towers of Smart Brickell and is on track to deliver the first condo tower in March. Santiago Vanegas, president of Habitat Group, said the strong demand for condos has led him to launch sales for the third tower at 267 S.W. Ninth St.

Each of the 23-story towers will be connected by a podium. The first two towers have 50 condos, 50 hotel rooms and 10,000 square feet of retail.

The preliminary plans for the third tower included 97 condos, but Vanegas made some changes based on the demand for more hospitality units in Miami.

Vanegas said it will sell 22 of the short-term lodging units and keep the rest for the hotel at Smart Brickell.

While the majority of buyers at Smart Brickell are Latin American investors, Vanegas has seen domestic buyers increase from 10% to 20% for his project over the past year.

“American people moving here from New York and California who bought houses are now thinking about what else they can do in Miami to invest,” Vanegas said. “That will help the market as well.”

The third tower at Smart Brickell will also have 4,000 of commercial space on the ground floor and a 2,000-square-foot restaurant on the top floor.

The third tower of Smart Brickell is expected to break ground in the third quarter of 2022 and be completed in 2024. The condos range from 553 to 847 square feet. The building will have two pools and a fitness center. Prices start in the mid $400,000s.

He said the third tower has already pre-sold 25 condos.

The number of condos set to be delivered in Miami has fallen off in recent years due to a softening in the condo market in 2018 and 2019. Now, sales volume is up and more developers are accelerating their plans.