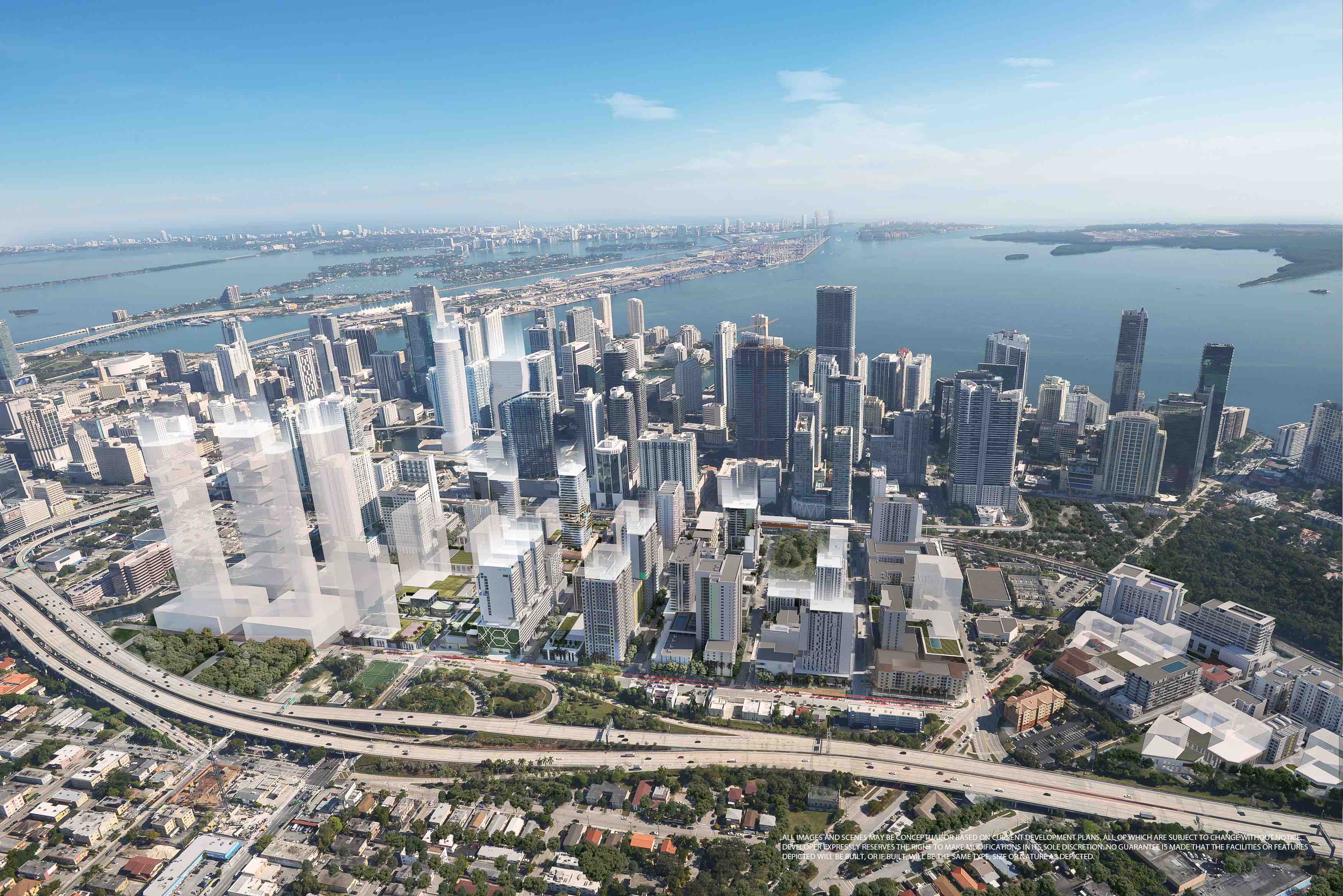 Leading the way is Miami-based Habitat Group, led by its founder, CEO and president Santiago Vanegas. The firm is behind three major development projects in West Brickell— Smart Brickell, which recently broke ground, the Millux Hotels and Brickell Lux.

Smart Brickell is a mixed-use project at 229 SW 9th St. that at full build-out will feature three towers: Tower 1, a residential condo tower with 100 units; Tower 2, a 100-room hotel and condo tower; and Tower 3, which will include 97 residential units. The three-phased development will also feature 30,000 square feet of retail space, including a spa, sky bar and café. The Brickell Lux development at 143 SW 9th St. will feature 108 residences, 60 hotel rooms and 12,000 square feet of upscale retail space, while the Millux Hotels development at 239 SW12th St. calls for two boutique hotels with 57 lodging units each.

Globest.com recently spoke with Vanegas, who formed Habitat Group in 2005, on why his firm is banking on the West Brickell district.

He says West Brickell is attractive due to its limited land availability—approximately 18 acres that can yield in total approximately 3,600 units (based on a formula of 200 units per acre). Heads that hotels in the district have one of the highest occupancy rates in the nation at approximately 76%.

Vanegas, who served as an economist from the Universidad del Rosario in Columbia before arriving in Miami in 2000, estimates there are currently approximately 3,000 hotel rooms in 16hotels in the Brickell and West Brickell districts. “We think there is more opportunity for new hotels there,” he says. “We already have an expertise in hotels. We already developed and operate four hotels—Habitat Residence 1, Habitat Residence 2, the historic Brickell Hotel and the Jefferson Hotel. We have experience doing hotel operations as well.”

Vanegas, who began his real estate career as financial manager for Fortune InternationalGroup, has worked on a number of notable projects, including: Habitat Residence 1 & 2 located in Brickell, the Historic Miami River Hotel, Brickell Ten, the Jefferson Hotel, and Le Parc inColombia.

He notes that Habitat Group’s Smart Brickell, Brickell Lux and Millux Hotel developments will involve six separate construction projects. All together they will add approximately 280 hotel rooms to West Brickell. The total development cost for the mixed-use projects will run approximately $200 million.

“We are in the middle of permitting, design and approvals for Smart (Brickell) 3, the same thing for Millux (Hotels) 1 and 2,” he says.

Vanegas adds that if the firm can secure foundation permits, it could begin construction in late2019 on the first phase of the Millux hotels development.

In addition, Habitat Group is currently constructing a 35-unit multifamily project in the LittleHavana district of Miami and the firm has another planned 51-multifamily development in LittleHavana as well.

Habitat Group operates four distinct service branches—Habitat Development, an expert in the construction and remodeling of properties; Habitat Realty, which focuses on analyzing the real estate market in search of the best properties and investment opportunities; HabitatManagement, which focuses on the management of company assets and Habitat Hotel, the firm’s hotel operations system.