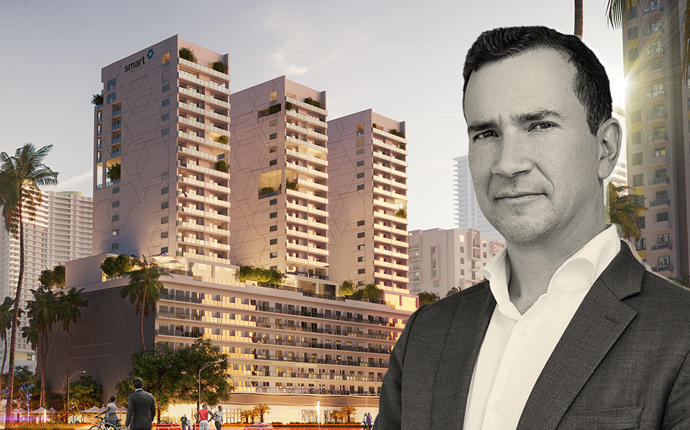 Habitat Group is moving forward with the construction of a large condo and hotel project in Brickell after scoring a $24 million loan.

Habitat secured the construction loan from Miami-based Ocean Bank to build Smart Brickell’s Tower 1 at 239 Southwest 9th Street in Miami’s West Brickell neighborhood. The tower will have 50 hotel rooms and 50 condos and is planned for completion in 2021.

Smart Brickell is a three-building condo and hotel project that will offer owners the ability to rent their units out 50 times a year. In all, the project will have nearly 300 units and about 12,000 square feet of commercial space for a cafe, restaurant and retail. Tower 2 is expected to break ground in early 2020.

Miami-based Cervera Real Estate is handling sales for Smart Brickell. Hernando Carrillo is the architect. Condo prices range from $300,000 to $600,000.

Habitat Group is focusing on West Brickell. The company recently paid $6.1 million for a site at 1200 Southwest Second Avenue where it’s planning to build Brickell 12, a 96-key hotel project. The company’s other projects include the Brickell Lux and Millux Hotel, according to its website.