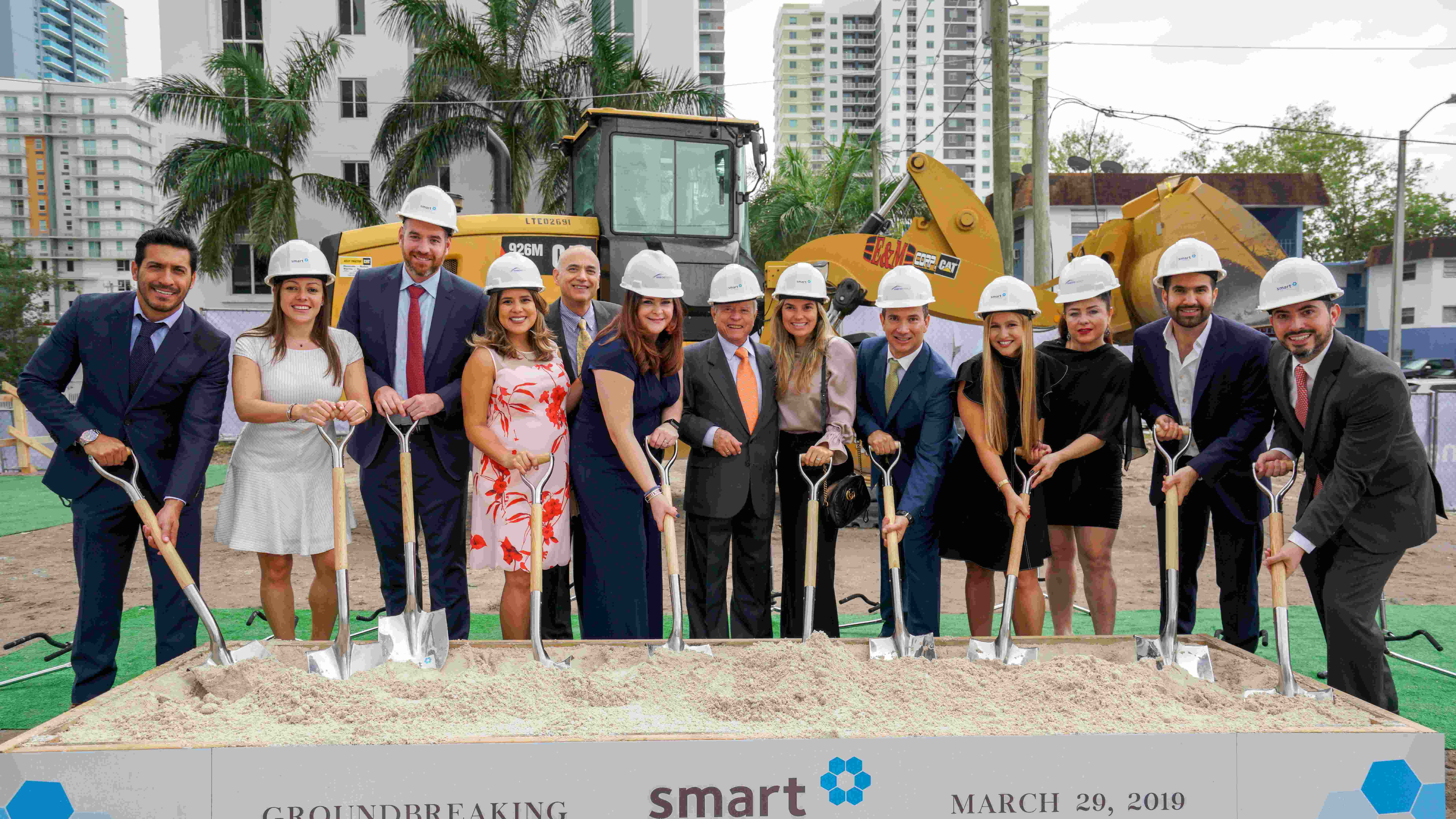 Habitat Group broke ground on the first phase of its Smart Brickell condo/hotel project in Miami, and revealed a significant change for a future phase of the project.

Habitat Group CEO Santiago Vanegas said the third phase will have 100 apartments because the company wants to hold onto that rental tower as a long-term asset.

Vanegas said the change was not related to the pace of sales in the Miami condo market.

In addition to living in their units or leasing them, owners have the option to do a short-term rental for up to 24 days a year, or lease the unit back to the developer for a fixed rent.

The developer would put the leased-back units into its hotel pool. Vanegas said these options will provide maximum flexibility for investors, who make up the bulk of his buyers.

The first phase condos of Smart Brickell is sold out, and it should be completed in the first quarter of2021, Vanegas said. The second phase is about 66 percent pre-sold and Vanegas hopes to break ground in the third quarter of 2019.

The third tower should break ground in early 2020, Vanegas added. It has been redesigned so its common areas will be separate from the condo/hotel towers, he said.

Designed by Gensler, Smart Brickell has a furnishing package that comes with every unit. The building has modern technology features, such as Nest smart thermostat control, Lifx smart lighting controls,Amazon Echo and an iPad with each unit.

“Smart Brickell is setting the tone for the type of developments Miami needs,” said Alicia Cervera Lamadrid of Cervera Real Estate, the broker for the project. “Selling out Tower 1 and reaching the 60percent sales threshold for Tower 2 in a short amount of time is proof that Miami has a demand for this type of product.”

Vanegas said Smart Brickell required 50 percent deposits from buyers, with the amount paid in stages during the course of construction. He plans to sign a construction loan to help complete the project.